The world of film is your classroom.

Researched and developed at Stanford University for
all homes and classrooms.
﻿Screen360.tv Benefits

Films are curated using our curricular lenses. Learning goals targeting  Empathy, Language, Geography, Aesthetics and Discernment are addressed in discussion and post-film analysis. The post-film inquiry and the "Re-Collector" further extend the vivid learning experience and provide data points for assessment along with further research.
Where do our films come from?

Catherine (Katy) Kavanaugh is lead curator.  She annually attends the most respected and replicated children and youth section at the Berlin International Film Festival.  She served on its International Jury in 2001, has served on award juries for several notable festivals in Europe, and has cultivated a strong global collegial network. She was the impetus or contributor to four film programs for young audiences in the San Francisco Bay Area and went on to transform the model to Screen360.tv at Stanford Graduate School of Education and the Hasso Plattner Institute for Design, the d.School.

The films Kavanaugh selects follow the lead of the Berlin program in providing insights to lives of peers in the world with films that have the capacity to leave a cornerstone memory and continue to contribute to the lives built upon them.  Kavanaugh's research looking at the cognitive impact of foreign film on childhood autobiographical memory reveals the benefit of early exposure to global stories and images.
​
Screen360.TV Activates Empathy 5 Ways 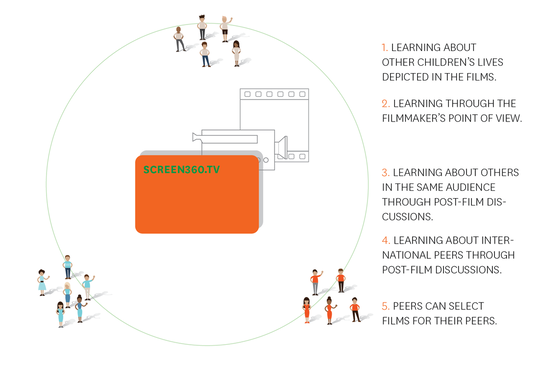 Research and Testing
Grounded in Cognitive Development research and interviews with researchers (Pillemer, Habermas, Rubin, Berntsen and the Center for Autobiographical Memory at Aarhus University), The Finding Felix Project or The Impact of International Film on Childhood Autobiographical Memory, is Screen360.tv's partner project.
​
The final interview from our research, The Finding Felix Project, best illustrates Screen360.tv's potential. Tested between the US and EU, Screen360.tv's ecosystem serves: 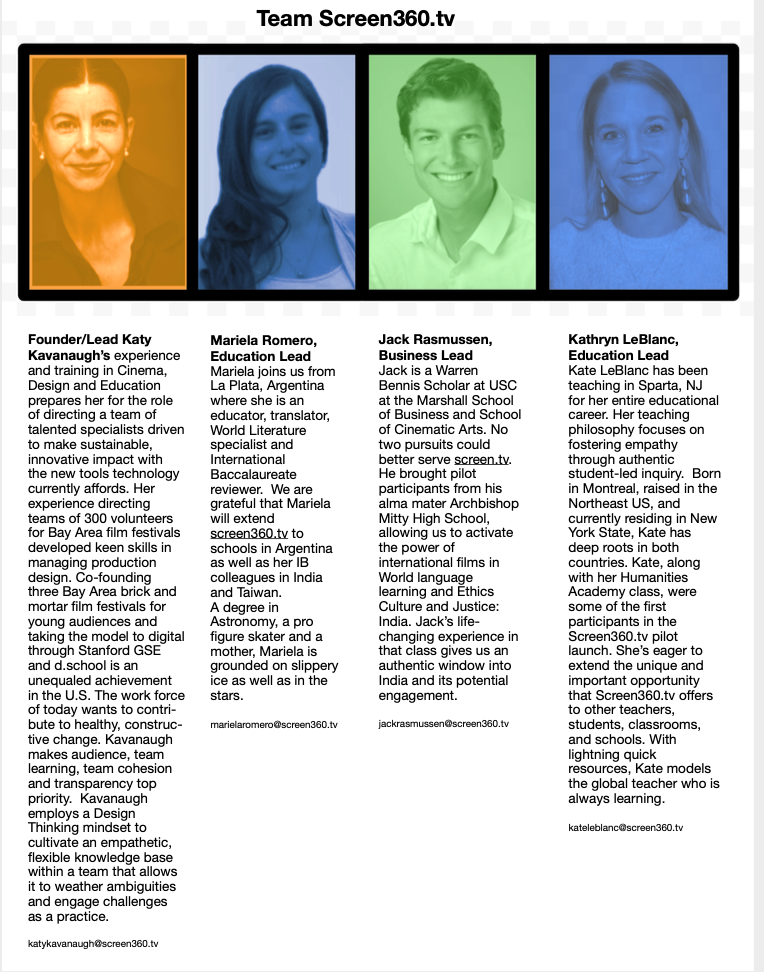